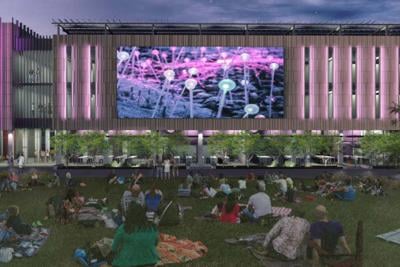 In November of 2016 Mesa Voters voted down Question 1; a new Building for ASU. Voters turned down the Question by a margin of 11,254 votes. Proposal to put a 1/4 cent tax increase on the citizens for Public Safety is made and is voted to be put on the ballot in November, 2018 in a April 26, 2018 vote of the Council. The increase passed further adding validity that the voters turned down the ASU building and not the Public Safety increase in November, 2016 Council passes a 2% utility rate increase on May 21, 2018, Less than 3 months after proclaiming that we wouldn’t get a utility rate increase. Proof that Mesa could not afford to spend more than $5,000,000/year on ASU, without a tax and/or utility rate increase. June 4, 2018 City Council by a vote of 5-2 approved of the ASU building against the wishes and votes of the People. In less than 4 months Mayor Giles and his rubber stamping council members approved a $63.5 million expenditure with a tax increase and a utility rate increase against the wishes of the voters.

February 15, 2018, the ASU building is on the agenda for the council study session. The presentation includes the building, the renovation of the IT building and a public park. Mayor Giles assures the public that this project will bring an avalanche of interested parties to downtown Mesa. Mayor Giles assures the citizens that there will not be a tax increase nor a utility rate increase to pay for the project. Councilman Whittaker requests that the decision go back to the voters for their approval since they had already turned down the ASU building. Mayor Giles assures us a second time that there will not be any tax or utility rate increases. “We are not talking about raising taxes”.

Summary: Voters rejected ASU, but Mayor Giles with the support of rubber stamping council members approved a building for ASU in downtown with the cost of $63.5 million dollars. No restaurants, no social life, no housing, nothing but a $63.5 million neon sign to show for this burden on the tax payer of Mesa. Mayor Giles wants you to believe that the total cost to the citizens is $63.5 million. What Mayor Giles has refused to tell you is, that the cost to the citizens of Mesa includes the cost of the land, the renovation of the IT building, the parking structure that downtown will need, the downtown park of 2+ acres, cost to replace lost city parking, interest on the bonds, building cost overrides, (building is already costing 10 million more), and more. The total cost to the citizens of Mesa now will exceed $200 million and all that Mesa will get in return for lease revenue is $9,900,000 over a 99 year period. No person/businessman would ever sign off on such a deal! And if you think this is bad, just wait to see all of the spending surprises that the Mayor would like for your money in the next 4 years.

“If the only way we can do this is to raise taxes, the obvious answer is NO!…I will go as far to say if we have to raise utility rates I would consider that a tax increase of sorts and I am not interested in doing that either.” John Giles, 2/26/18